The U.S. based team provides organizational and promotional structure in the States, and technical help and support to the team in the field in Tanzania.  It also raises money to provide equipment for our Tanzanian partners.

Howard Castleberry grew up in Austin, Texas.  After successful careers in photojournalism and construction management, Howard decided to devote his life to his ministry.  He attended seminary in Sewanee, Tennessee, then took his first assignment at Christ Church in Temple, Texas.  He has been the Rector of Christ Church in Nacogdoches, Texas since 2011.  Howard and members of his family have traveled to Tanzania multiple times to drill water wells for the TWP. 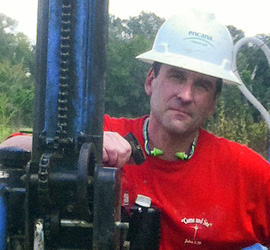 GW Scott is Chair of the Tanzania Water Project Committee.  He is a surface land agent who scouts for drilling pad sites, negotiates with landowners, and buys industrial water rights for industrial use in the oil & gas industry.  The growing importance of clean water and issues surrounding its wise use are important reasons why he is involved with the project.  GW has degrees from Texas Tech University and Houston Baptist University. 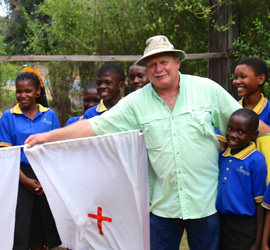 Travis Russell is a professional driller with over 30 years of experience in oil field and water well drilling. Travis is a Licensed, Certified and Master Waterwell Driller and Pump Installer, and is President of Russell Drilling Company (www.russelldrilling.com). He serves on the School Board at Central Heights, Texas.  Travis has been on water mission trips in Latin America, the Caribbean and Africa.  He has contributed his time, money and expertise to the Tanzania Water Project, including the time he has spent personally training our Tanzanian drill team lead and workers, both here in the States and in Tanzania. Travis has made several trips to Tanzania to personally support the TWP drilling effort.

Sean Kennedy is Co-Chair of the Tanzania Water Project Committee.  He is vice-president of myplates.com, the official provider of specialty license plates for the State of Texas.  Sean received a Marketing/General Business degree from Stephen F. Austin State University in Nacogdoches, and then worked in the air transportation industry in Illinois and Colorado before moving back to Nacogdoches in 2004. His focus on the project is maintaining an online web, social media and fundraising presence.

Our Tanzania Team
Our Team